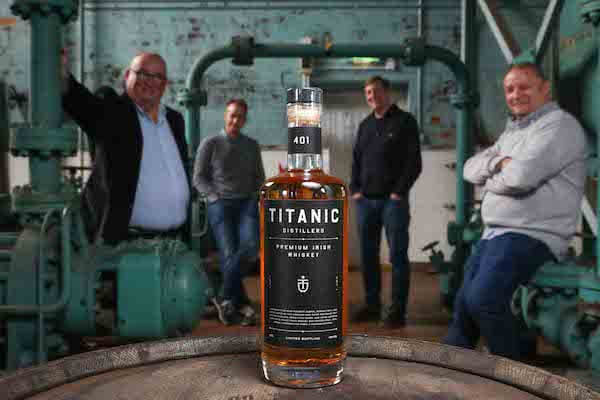 The historic Titanic Pump House in Belfast’s Titanic Quarter, which at one time could drain a staggering 21 million gallons of water in just over 90 minutes out of Titanic’s dry dock, will soon open as the city’s first whiskey distillery and visitor center.

The large Edwardian pump house building was constructed in 1911 to accommodate the creation of the White Star Line’s Olympic, Titanic, and Britannic ocean liners.

Owners of the new whiskey distillery have kept all the original pump equipment and internal features of the building, and as a result, have preserved its historical integrity for future generations to enjoy.

It is the first distillery in the city to open in over 100 years that will be producing quality malt Irish whiskey.

Visitors to Belfast’s latest attraction will be asked to “clock in” as workers did more than 100 years ago.

Afterward, they’ll get to view the workings of the distillery and hear the story of Belfast’s whiskey tradition.

Read More: 10 Whiskey Distilleries in Ireland You Should Visit

Northern Ireland is also home to the world’s oldest working distillery, Bushmills, which was established in 1608.

Visitors to the new Titanic Distillers can continue their Titanic journey by visiting the nearby dry dock where the Titanic was fitted out before her launch.

The dock is 853 feet long (260 meters) long and at the time it was constructed, was the largest dry dock in the world.

The Titanic Pump House is also within walking distance of the multi-award-winning Titanic Belfast, Northern Ireland’s number one tourist attraction.

Spanning six floors, it includes nine floors of interpretive and interactive galleries that explore the sights, sounds, smells, and stories of the famous liner, as well as the city, shipyard and people that made the famous liner.